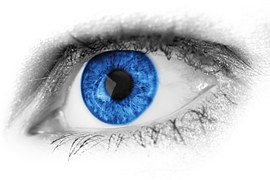 The more we learn about vitamin D through scientific research, the more we are becoming aware of how important this vitamin actually is. Third-party studies suggest it might help boost vision, support the immune system, and may reduce the risk of stroke. Below is a small recap of each study.

The journal, Neurobiology of Aging suggests that vitamin D3 may boost visual function. Known as the sunshine vitamin, D3 was linked to a reduction in amyloid beta, a risk factor for age-related macular degeneration (AMD).

Researchers from the University College London supplemented the diet of mice with vitamin D for six weeks. They found that vitamin D was associated with a significant reduction of inflammation in the retina and lower levels of amyloid beta. Those interested in this kind of research will likely want to check out PubMed articles from libraries in order to update their knowledge of the latest discoveries and breakthroughs.

They said the benefits they observed in mice might be amplified in humans.

“In humans, the central retina, which represents the region of greatest visual acuity, is populated purely by cones and is the targeted region in AMD. Hence, in this respect, vitamin D3 treatment may have a more significant impact on the aging human retina and its visual function than that in rodents.”

Click here for a brief summary of the study’s findings.

In the Journal of Leukocyte Biology, Spanish researchers say the lack of vitamin D might lower the body’s immune function. They observed an age-related decline in serum vitamin D that led them to evaluate vitamin D’s relationship with white blood cells.

They discovered that certain receptors responsible for regulating the immune response to viruses were particularly affected by lower vitamin D levels. These receptors alert the immune system to microbial infections.

In the American Heart Association journal, Stroke, Dr. Gotaro Kojima of the University of Hawaii and his colleagues used data from 7,385 Japanese-American

men who had enrolled in the Honolulu Heart Program between 1965 and 1968. These men, age 45–68 at the beginning of the study, were contacted and interviewed throughout the next 34 years to determine their vitamin D intake.

Dr. Kojima, a geriatric medicine fellow at the University of Hawaii’s School of Medicine concluded that eating food rich in vitamin D might be beneficial for stroke prevention. While many consider sunlight to be the best source of vitamin D, Dr. Kojima stated that “synthesizing vitamin D from sunlight becomes more difficult with age, making supplementation or increased intake of vitamin D-fortified foods advisable for older men and women.”