How to Cook Quinoa: Delicious and Easy Quinoa Recipes. 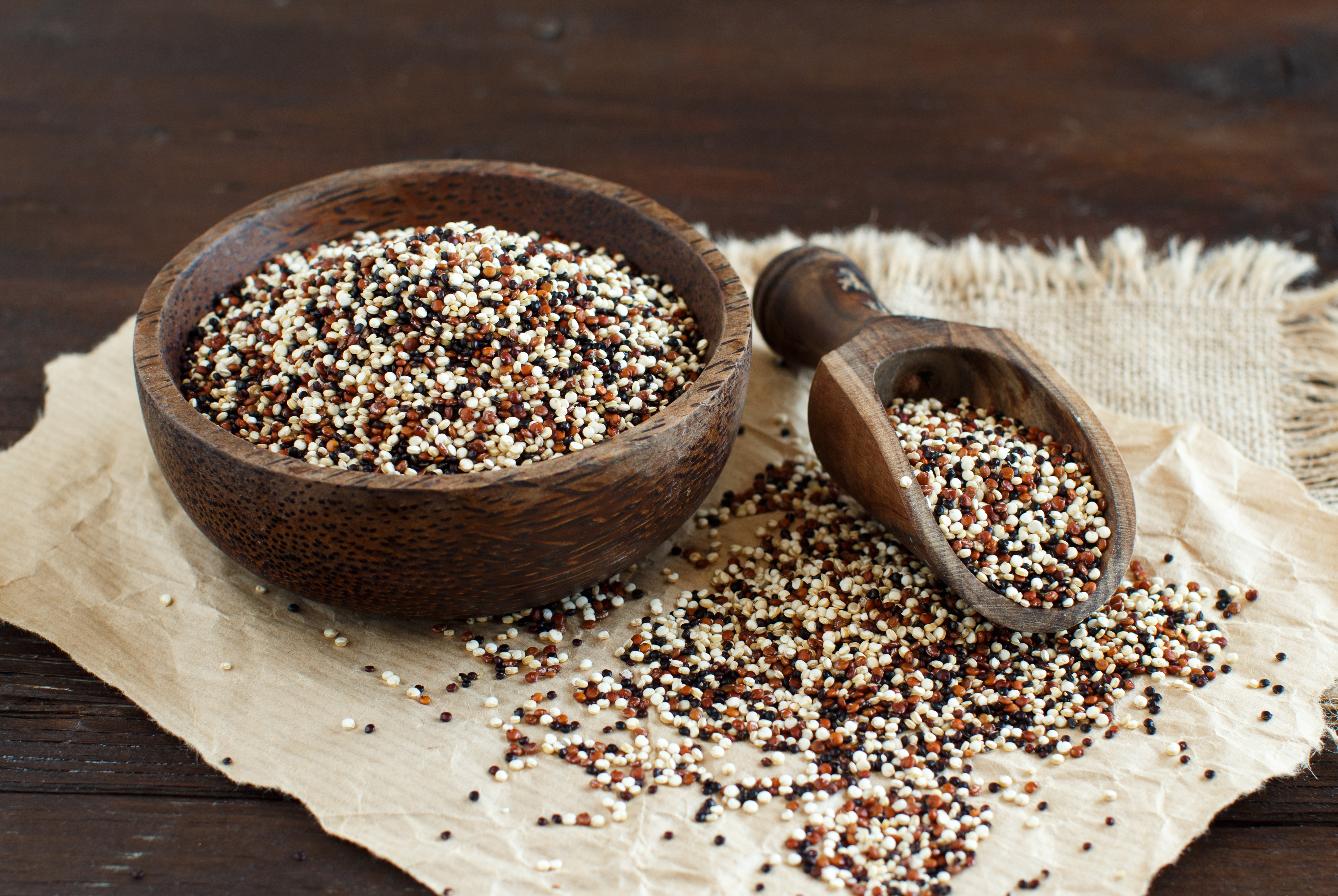 Quinoa dishes are popping up on the internet and on dinner tables across the U.S. Though quinoa is growing in popularity, many people still don’t know how to pronounce it, much less how to cook quinoa or how to make quinoa taste good. So we’re going to keep it simple and give you a sampling of healthy and easy quinoa recipes.

Quinoa is a grain-like, nutrient dense food traditionally grown near the Andes in South America. It contains essential amino acids, and it’s rich in fiber, protein, polyphenols, vitamins and minerals. In your diet it acts like a grain without the concerns of regular cereal grains. Its low glycemic index values means it doesn’t mess with blood sugar like a grain.

And for those who ask, “Is quinoa gluten free?,” the answer is a resounding YES! Quinoa is well-tolerated by those who must avoid wheat and even those with celiac disease. And as it’s packed with protein, it’s great for vegan salad recipes.

Head to head, healthy quinoa offers about 40 fewer calories than white rice, but it really shines in carbohydrate content. Rice has almost 15 times more carbs, while quinoa has more fiber and twice the protein. Quinoa is lighter than rice and cooks in about half the time, making it an excellent side dish for most any entrée.

Providing a similar nutrient profile, they’re both good for you, but the decision may come down to taste and how you’re using it. White quinoa cooks up a little fluffier and has a lighter texture and taste. Red quinoa tends be chewier and richer in flavor. It also holds its shape better after cooking making it preferable for quinoa dishes such as cold salads where you want individual grains.

How to Cook Quinoa

Packaged quinoa is often pre-soaked to remove its bitter coating. If it doesn’t say pre-soaked, soak 1 part quinoa in 2 parts water for 5-10 minutes. Drain and rinse. To cook, pour 1 cup of quinoa into a pot and add 2 cups of water and a half teaspoon of salt. Boil until water is absorbed, then cover with a tight-fitting lid and remove from heat and let sit for about 5 minutes. Fluff with a fork and you’re ready to go.

If you’re using an Instant Pot, there’s less evaporation, so you don’t need as much water to get perfect, fluffy quinoa. Use 1 ½ cups water for each cup of quinoa.

So that’s how to cook quinoa, but if you want to know how to make quinoa taste good, check out these easy quinoa recipes from around the web.

Whisk the olive oil, cumin, garlic, lime, salt and cayenne together in the bottom of a large bowl. Rinse and drain the black beans, then chop the veggies; the key is to make the peppers and onions about the same size as the beans. Add the cooked quinoa, beans and veggies to the bowl and gently fold it all together with the dressing. The quinoa can be warm, room temp, or cold when you make the dish, but it’s best served chilled after 30 minutes in the refrigerator.

Boil beans and peas in salted water about 2 minutes, then transfer to ice water to cool. Drain and cut into bite-sized pieces.

Blend herbs, oil, vinegar, mustard, and 2 tablespoons toasted nuts in a blender, adding water by the tablespoonful if dressing is too thick, until smooth and the consistency of heavy cream. Season with salt and pepper.

Toasting your quinoa will add texture and flavor to your dish.

Cook quinoa in a large nonstick skillet over medium-high heat, stirring or shaking the pan occasionally, until it is lightly dried out and toasted, about 15 minutes. It will make slight popping sounds as it approaches being done.

Remove the skillet from the heat. Season the quinoa to taste and serve as a side or proceed with a recipe.